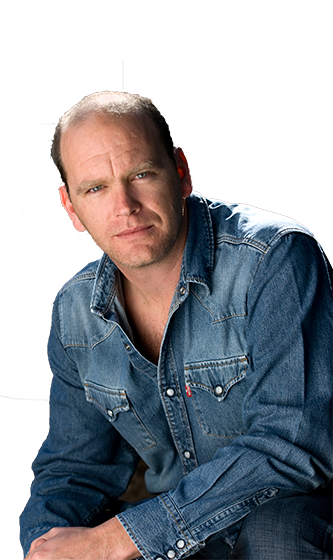 Classically trained and with over twenty years experience Robert Hobbs has forged a prolific career as an actor.
Get In Touch
enquiries@roberthobbs.co.za
nashoda@mlasa.com

INSPIRED BY THE TRUE STORY On the eve of the Challenger explosion in 1986 one engineer goes to the extreme to stop the launch. This hot-headed engineer makes a desperate race against the clock to call off the billion dollar multi-delayed Challenger launch, convinced the O-ring seals will fail and kill everyone on board. The Company, Marshall Space Flight and NASA made a business decision. He made a human decision.

A year after the failed launch of the Space Shuttle Challenger, a seasoned engineer, Adam, who worked on a team in Utah designing the O-Rings – the rubber seals blamed for the shuttle’s deadly explosion – meets with a law firm to discuss securing representation for a billion dollar civil suit against his former company. The firm’s managing partner, Finch Richards, interviews Adam to determine if Adam is a victim or the cause of the problem. As Richards questions Adam about his role in the January 1986 disaster, Adam begins to see Richards as one more person who suspects he’s responsible for the explosion and the subsequent deaths of 7 astronauts.

The previous legal counsel for Adam came through his company just two weeks after the explosion, when Adam identified his main concern had been the temperature forecasted for launch time in Cape Canaveral, Florida. Corporate attorney Larry Arnold advised Adam and others of the need to shape a consistent story as a team to protect everyone involved with the Solid Rocket Booster fabrication who would be facing harsh questions, criticism, and even accusations in the aftermath of the disaster. The first round would soon come from a newly-formed Presidential commission, announced by President Ronald Reagan, with the purpose of investigating the circumstances related to the explosion, determining a probable cause, and recommending solutions to avoid a repeat of the tragedy.

On the eve of the launch, Adam’s growing concern about the impact of cold temperatures – the coldest launch in NASA history – drives him to demand it be cancelled. He must first convince his colleagues at the contracting company of why a catastrophic failure is inevitable, but his reputation as hot-headed and antagonistic doesn’t help him win support. Despite his best efforts to persuade them, he faces heavy opposition from his colleagues in Utah as the team is given a mere 45 minutes to assemble evidence to support recommending a delay of the launch, even with the knowledge it could lead to NASA severing all ties with the contractor and putting thousands of people out of work.

13 hours before launch, a three-way conference call begins between the rocket contracting company in Utah, Marshall Space Flight Center in Huntsville, Alabama, and Kennedy Space Center at Cape Canaveral in Florida. Adam explains to everyone on the call how the cold temperature inevitably will have a negative impact on the O-Rings, and could lead to a breach of the primary seal followed by a failure of the second seal. Contradictory comments made by one of his colleagues weaken his argument, and the parties listening in Florida and Alabama interpret the review of the problem by Adam and his colleagues to be illogical and speculative, and they consider it inconclusive.

Recognizing NASA would be unable to launch the shuttle the following day without the contractors’ recommendation, the contracting company in Utah must come up with a final answer during the call. Adam remains the “voice of reason” in the room and continues to argue against the launch and discovers the chief opposition to his argument to cancel the launch comes from his superiors, the company’s management team, whose priority at the moment is not making a decision to save human lives but one to save the company’s lucrative NASA contract and thousands of jobs.